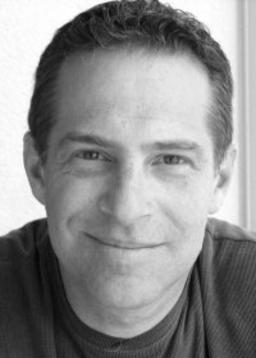 Jeff Bell is an author, speaker, and award-winning journalist.  His two books, "Rewind, Replay, Repeat," and "When in Doubt, Make Belief," have established Bell as a leading voice for adversity-driven advocacy, mental health awareness, and "Greater Good" (purpose- and service-based) motivation.

Bell’s inspiring personal story has attracted the attention of The Wall Street Journal, CNN, CBS, PBS, NPR, Psychology Today, DETAILS Magazine, and The New York Times, for which he was commissioned to write a feature that ran internationally in 2008.  As a speaker, Bell has keynoted national conferences, presented countless workshops and seminars, and moderated audience discussions with such notable figures as CNN’s Dr. Sanjay Gupta and Nobel Prize winner Andrew Fire.

Bell served for eight years as a national spokesperson and board member for the International OCD Foundation and lends his support to numerous mental health organizations.  He is the 2007 recipient of Mental Health America’s prestigious forWARDS Award, for “moving the cause of mental health forward,” and the 2017 winner of the Mental Health Association of San Francisco's Mental Health Champion Award.  In 2011, Bell co­founded the nonprofit A2A Alliance, aiming to showcase and foster the power of turning adversity into advocacy. Among its many initiatives are Project Hope Exchange and A2A Stories.

Bell is a 30-year veteran of broadcast news and recently retired as co­-anchor of the KCBS Afternoon News, two-time winner of the Edward R. Murrow Award for Best Newscast in America.